The following text contains transcriptions, quotations, excerpts from an original source linked below.

People don’t intend to be poor. But they may need help to get out. It is to help families become self-sufficient.
I thrived (to get out of poverty) because of a combination of having a family, public housing, welfare money, and a gray haired man who donated $20 to me for an applications fee.
15% of the united states is poor and lives in poverty. That’s 44 million people.
A family of 4 living on $24,000 annually is considered living in poverty.
There’s a difference between situational poverty (losing job), and persistent poverty (you NEVER have enough money). The difference between being broke, and being broken.
Why is there still so much poverty? Because we often treat the results of somebody living in poverty, and not the root cause of why someone is in poverty.
People living in poverty don’t want handouts. People in poverty don’t want gifts. People in poverty don’t want more service. People living in poverty want barriers removed so they can get access to job training, and a job so they can take care of themselves and their families. I know this, I was once them.
Breaking the cycle of poverty — by bringing together people who are willing to work with every member of the family (local. logical. and integrated). In other words – to meet people and serve people where they are.
A teacher. A banker. A stranger. A volunteer. A social worker. A job coach. A foot stamp coordinator. A housing advocate. A job development support.
All of these people have the authority to remove these barriers. And they come bearing HOPE, A SMILE, DETERMINATION, PATIENCE, PASSION, COMPASSION, AND A CAN-DO ATTITUDE.

Disclaimer: The companies and individuals mentioned on this website do not endorse the products that are sponsored or available for purchase on this website, nor are they affiliated with Resolving Poverty Inc. in any way. 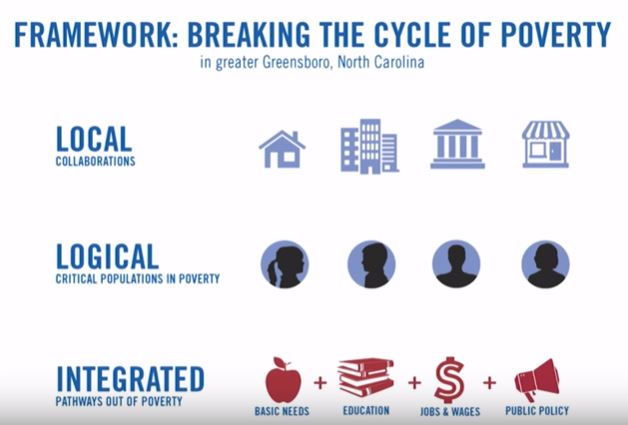 The goal of the model is to ensure that families are educated. are healthy, and are employed.
A family success center — it brings together experts and families co-navigating to end permanent poverty.
Maybe we can stop blaming people about being poor and in poverty. Instead, let’s learn about poverty.
TWO ways to do that: a site visit to a homeless shelter. Or learn through published reports.
We can end generational poverty one at a time. It is all about removing the barriers.